Vivenso purifies your indoor air by washing it with water and gives you the options to sanitise the air, medicate the air or even practise aromatherapy.

The VIVENSO indoor bag less cleaner fits among the world's best #air #purifiers. #VIVENSO is portable. I can be taken into any room and simply run for a quick 10, 20, 30 or more minutes to have air cleaning done. 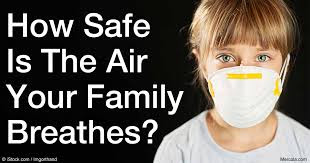 During that 10 to 30 minutes period, it will take 99.997 percent of all airborne dirt, filth and allergens that may be abound in the air and thrust them into a hurricane swirling bath of water which is inside the VIVENSO's deep plastic water basin.

After that air wash, the air in that room will smell fresher and cleaner than the air outside. Do that in the bedrooms every night. Have your bedroom air water washed and cleansed with water. Breathe water washed indoor air. Simply put 3 lires water into the Vivenso basin, and leave the VIVENSO machine in a corner. 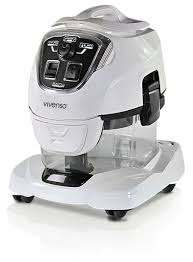 The number one allergy causing agent which is found in the air of our offices and homes comes from a creature called the dust mite. The dust mite is a microscopic creature which floats on dust and lives on our shed dead skin cells; 40,000 of these creatures can float on one piece of dust. Imagine how many of them are in one room of a house, floating on the air or sitting on the furniture, bedding and carpeting!

However, it is their fecal fecal matter / waste product that is the real culprit in causing the development of allergies and allergy attacks; dust mites release their waste 10 to 15 times a day. Can you imagine billions upon billions of these creatures going to the bathroom on your bedding, furniture and carpeting every day? Whenever we walk across a rug or carpet, sit down on a piece of furniture or plop down into our beds, we send millions of these dust mites and their allergy causing fecal matter into the air. DO WE NEED TO BREATHE THIS DIRT?

The VIVENSO vacuum and air purifying system completely removes the allergen off the indoor air. A practical solution to indoor air pollutes at a very economical cost.......using water. Another appreciable fact is its economy of electrical usage. It is only 800 watts. Compare this electricity saving feature with your vacuum unit.

One of the greatest indoor health hazards of this decade has been black mold spores. We try to make our homes more energy efficient by super sealing our windows, doors and walls so our houses can no longer breathe as they did in the past. At one time "homes were able to breathe" and facilitate air flow and air exchange. Today, the houses are with lesser windows, lesser ventilation outlets, and get built as super insulated and super sealed. Besides eliminating ventilation, any moisture that accumulates inside the walls, floors, attic, or basement does not get to be evaporated. So it turns to mold. Black mold is now the number one cause of indoor environmental and fatal lung and respiratory related diseases. This mold spreads throughout the house. Air conditioners and air purifiers that we buy for home use, heating units as well are the cause of mold growth.

Another point of interest and value is that, should you choose to use VIVENSO  as an air purifier daily for 24 hours, VIVENSO is not going to get overheated and neither do you have issue of new bags, JUST CHANGE WATER. 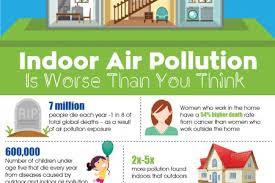 You may put in fragrances while you use the VIVENSO as an air purifier and it will fill your house with the aroma that you like. The fragrance will stay in the air for several hours, until total dilution. This may be considered as aroma therapy. This process can also be done while you clean your home with the VIVENSO vacuum. Simply place two drops of your favorite fragrance into the water basin, and as you clean, it will aromatize your whole house.

Next, whether you are cleaning or purifying the air with the Rainbow in your home or office, you may place two drops of airborne germ and bacterial cleaner in the water basin. The VIVENSO  will then send that agent into the air and kill airborne germs and bacteria. Have you ever noticed the sanitized "hospital smell" when you walk into a dentist's or doctor's office? Well, that is exactly what can be done to the air in your home and office when using the VIVENSO system.

The really neat thing about the VIVENSO system is that the last substance which you place in the water basin is the last aroma that you will smell. However, all of the other substances will be in the air doing their respective jobs. For example, place a capful of airborne germ and bacteria solution in the VIVENSO's water basin, then two tablespoons of colloidal silver, then two drops of your favorite fragrance and run the VIVENSO as you would an air purifier.


What is your indoor air quality? See for yourself what the VIVENSO basin of water traps and shows. A 60 minutes product introduction, demostration and presentation reveals the indoor air reality and how to correct. Demos in Kuala Lumpur & Selangor by appointment and in other parts of Malaysia by special arrangements. Your appoitments request date with a call or whatsapp to K Thiru 016-3712762